This concert is being re-released right now for free. We here at Saskatoon Opera think that celebrating Ukrainian music is more important now, than ever. Please consider making a donation above to Ukraine Humanitarian Appeal, established by the Ukrainian Canadian Congress (UCC) and the Canada-Ukraine Foundation (CUF), is immensely grateful to all Canadians for their generous support of humanitarian relief efforts in Ukraine.

We stand with Ukraine, and against this War started by Russian aggression.

Kateryna Khartova is a Canadian-Ukrainian soprano. She is a recent graduate of the Glenn Gould School of Music in Toronto where she received her Artist Diploma. Katya is also a proud alumna of the Music Department at the University of Saskatchewan. During her undergraduate studies Miss Khartova was a featured as a soloist in the University’s Music Theatre Ensemble under the directory of Dr. Garry Gable and Kathleen Lohrenz Gable.  Kateryna has won several Saskatchewan Music Festival competitions, including grand awards—Wallis Memorial Silver (2014), and Wallis Memorial Bronze (2015).

Kateryna Khartova is a passionate performer of Ukrainian art song through the Ukrainian Art Song Project (UASP) in Toronto.  She was one of eight participants at the week-long summer program of UASP 2019, culminating in a concert held at the Temerty Hall at the Royal Conservatory of Music.

Past vocal engagements include soprano solo with the Saskatoon Symphony Orchestra in Larysa Kuzmenko’s Golden Harvest in 2017. She sung Eleanor in Bohuslav  Martinů’s mini-opera Les larmes du couteau  conducted by Peter Tiefenbach and directed by Anna Theodosakis (Glenn Gould School of Music) . In March 2019 Kateryna had her Koerner Hall debut as Pamina in Mozart’s Die Zauberflöte directed by Joel Ivany and conducted by Nathan Brock (Glenn Gould Shool of Music). 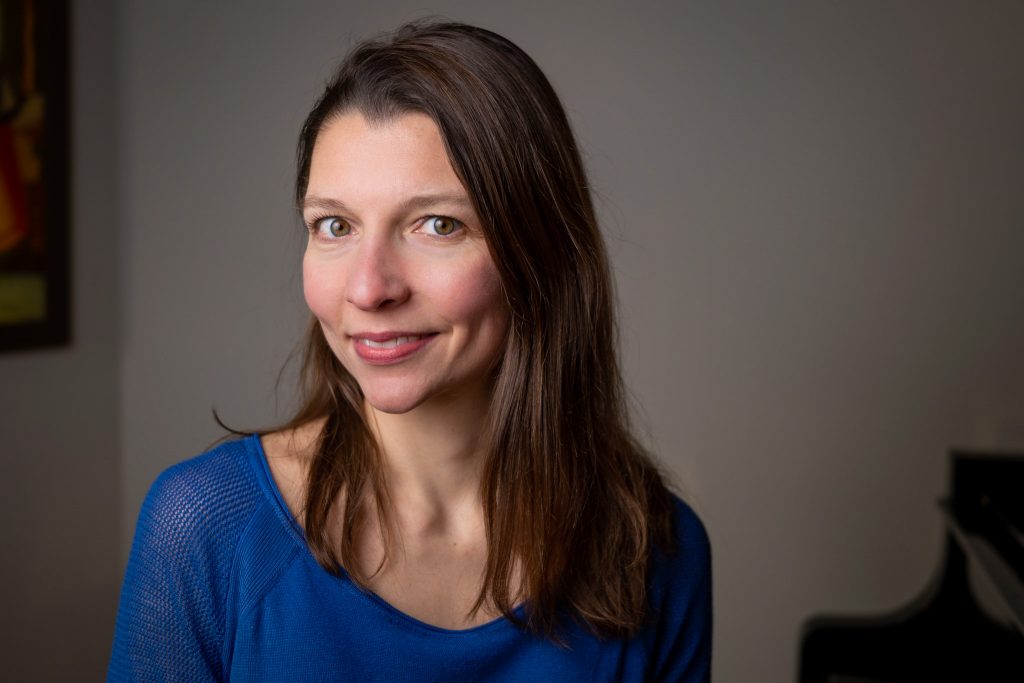 On the world stage, Dr. Sofia Mycyk has performed as soloist with orchestras in the United States and Canada, and has been featured at the Landowska Harpsichord Society in Chicago, Thursday Musical series in Minneapolis, at the Dekker Centre in North Battleford, the Lyell Gustin Recital Series, and the Ritornello Chamber Music Festival in Saskatoon.

With the generous support of the Shevchenko Foundation, Worobetz Foundation and Ukrainian Canadian Congress, she released her first album entitled Hutsulian Watercolours in 2018, featuring solo piano music by Ukrainian composers.

Last spring Sofia graduated with a Doctorate in the Musical Arts in Piano Performance from the University of Minnesota where she held a Teaching Assistantship in Collaborative Piano.  Her teachers have included Dr. Timothy Lovelace, Dr. Michael Kim and Bonnie Nicholson.

Besides playing the piano, Sofia loves the great outdoors, running, reading and staying in touch with family and friends.  She resides in Saskatoon, teaching, performing and collaborating.  Her studio encompasses a full range of students from beginner to advanced levels, and includes theory and chamber music instruction.