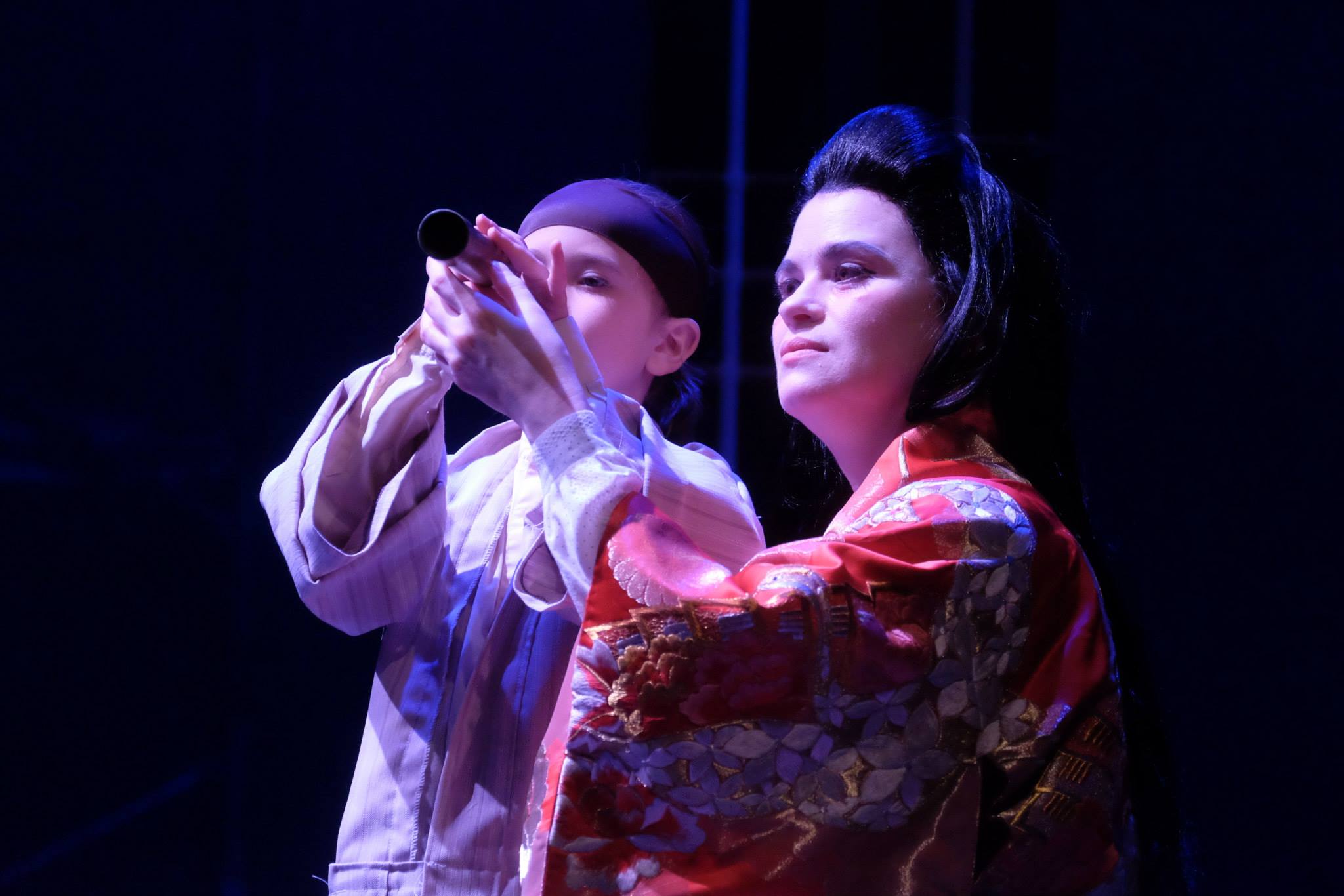 Act I Benjamin Franklin Pinkerton, a young U.S. Navy lieutenant, has arranged with Goro, a marriage broker, to acquire a fifteen-year-old Japanese bride, Cio-Cio-San (Madama Butterfly). Pinkerton takes a 999-year lease on a home overlooking Nagasaki harbor; this lease, as well as his marriage, can conveniently be canceled on a month’s notice. Sharpless, the American Consul and a friend of Pinkerton’s, arrives to witness the wedding. He warns Pinkerton not to treat the marriage lightly, as his bride-to-be is truly in love with him. Though Pinkerton claims to be infatuated with Butterfly, he proposes a toast to the American woman he will one day wed. Butterfly arrives for her wedding. She tells Sharpless that her family was once wealthy, but hard times forced her to become a geisha. After she admits that her father is dead, Goro tells Pinkerton that he committed ritual suicide at the Mikado’s command. Butterfly’s relatives arrive, and the wedding proceeds. The festivities are interrupted as the Bonze, Butterfly’s uncle and a Buddhist priest, enters to denounce her for forsaking their ancestral religion. Pinkerton angrily orders the guests to leave. He comforts the distraught Butterfly, and the newlyweds proclaim their love.
Act II Pinkerton has been gone from Nagasaki for three years. Suzuki, Butterfly’s devoted maid, fears that he will not keep his promise to return; yet Butterfly confidently and patiently awaits his homecoming. Sharpless arrives to read Butterfly a letter he received from Pinkerton, who has since taken an American wife. Goro, who ushers in Prince Yamadori, a potential suitor for Butterfly, interrupts him. When Sharpless finally reads Pinkerton’s letter to Butterfly, she gradually realizes that she has been abandoned. She sends for her young son, Sorrow, sure that Pinkerton will return when he learns that he has a son. Butterfly insists that she would rather die than be a geisha again. Suddenly, a cannon booms in the harbor, signaling the arrival of Pinkerton’s ship. Butterfly and Suzuki decorate the house and await Pinkerton’s return in an all-night vigil.
Act III Pinkerton, his wife Kate, and Sharpless arrive at Butterfly’s house. They ask Suzuki to tell Butterfly that they wish to take Sorrow to live with them in America. Butterfly enters, anxiously seeking Pinkerton, but he has fled in remorse. She meets Kate, and reluctantly agrees to surrender her child if Pinkerton will come for him in half an hour. Solemnly, Butterfly prepares for death. After bidding farewell to Sorrow, she commits suicide. Pinkerton rushes into the house, only to find Butterfly dead.